Could your business make the news for the wrong reasons?


Since the start of 2010 many businesses have made the news for the wrong reasons. Can you think of any? Internationally, Toyota and BP are significant examples that readily come to mind. Toyota’s business disaster stems from its recall of over a million vehicles worldwide due to safety issues. Its reputation as a safe, trusted automaker is now in jeopardy. BP’s business disaster resulted from the April 20 oil spill in the Gulf of Mexico which US president Barack Obama described as ‘the worst environmental disaster the US has ever faced”. The result is that BP’s stock price declined by more than 50%, it is facing billions of dollars in losses & claims, and its reputation has been pummeled.

The good news is that Toyota & BP had business continuity /disaster recovery plans that were written before the disasters, which were immediately implemented in order to lessen the financial and reputational impact – Yes! The impact could have been worse.

The bad news is that Toyota & BP could have had better business continuity /disaster recovery plans that could have prevented these incidents entirely – Believe it! BP could have shrouded the whole mile-long pipe, blow-out preventer, and well-head in another outer pipe and dome. Why didn’t they? Expense. (source ~ IT Knowledge and Exchange). While Toyota should have strengthened product testing and responded faster to customer complaints ( source~ www.CNN.com).

By now you are probably thinking about your company. Could it make the news for the wrong reasons? Is a business disaster possible? Could you be affected? Can it recover from a business disaster? Can you help prevent it? The answer to all these questions is probably YES. Call us at FSIL and we’ll tell you for sure.

An effective Business Continuity Plan (BCP), such as the ones we can help you create, can identify foreseeable disasters and devise plans to immediately address them. Where a disaster is unavoidable, our experts at FSIL can help your company create an effective BCP to protect its customers, employees and assets, safeguard its reputation and secure your job. Remember Business Continuity Planning is not just for ‘high profile’ disasters, like the cases of BP and Toyota. It’s about being ready for any incident that may cause a disruption to your business. This can be man-made or acts of God. Want some examples? Think fire, hurricane, flooding, computer virus attack or equipment failure and that’s just a few.

Want more information on our BCP services? Call us at (876) 908-3644 or email us at info@futureservicesja.com. 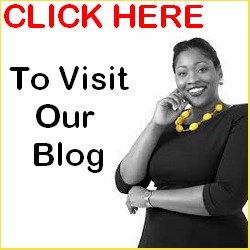